Have You Experienced Medical Malpractice?

In this short guide, we will explore what medical malpractice is, and how to select the right lawyer in Florida to represent you.

What Constitutes a Case of Medical Malpractice?

A common misconception is that a doctor that makes a mistake has committed medical malpractice – and this is simply not true.

The issue of malpractice is a little more complex.

For starters, there are two characteristics present in a case of medical malpractice:

That harm may be debilitating, or even worse, it could result in death.

Cases of malpractice tend to be long and detailed legal matters since it can be very difficult to prove both of those things.
For instance,

Proving that both factors occurred after the incident can be very difficult.

It is also worth noting that the mistake made by the doctor may refer to something he or she did incorrectly or erroneously failed to do altogether – in other words, he or she was negligent.

When a doctor makes a mistake while providing care, he or she may be considered negligent.

Examples include if he or she misdiagnoses your medical condition, or if he or she prescribes the wrong medication to treat you.

In either of these scenarios, that mistake could be considered negligence.

To offer further clarification, medical negligence also occurs when a doctor breaches the standard of care that is typical based on your age, condition, and location.

For instance, let’s assume you are a 47-year-old accountant living in Florida, and you have been diagnosed with colon cancer.

Your doctor must provide you with the same standard of care as other doctors in Florida typically would to treat a 47-year-old accountant diagnosed with colon cancer.

It is worth noting that this standard of care would vary if you were a 20-year-old personal trainer living in New Jersey, or a 75-year-old retiree living in Oregon.

The second factor in proving medical malpractice is establishing that the negligence caused you harm or further damage. Some examples would include:

Unless you can prove that you have been harmed, and it was the direct result of negligence, you do not have a case for medical malpractice.

The process of proving that the harm done to you was the direct result of negligence is referred to as causation. Most often, establishing causation is the most expensive and time-consuming part of any medical malpractice case.

In many cases, an expert witness is needed in court to establish causation.

This expert witness will generally be a doctor or some other type of medical professional. He or she may also be needed to help establish the standard of care that you should have received, and how your physician failed to provide that care.

Do You Have a Medical Malpractice Case?

Based on the brief details provided here, do you believe you may have a legitimate medical malpractice case against a doctor in Florida?

If you or a loved one has been harmed as a direct result of physician negligence, take action. Call 1-800-HURT-123 immediately and speak to your local “Attorney Big Al”. 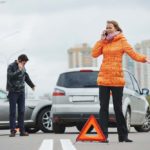