There have certainly been no shortage of interesting premise liability cases. What is a premise liability? Basically, it’s a legal concept that comes into play during personal injury litigation, where the injury in question was caused by an unsafe or defective condition on someone else’s property.

As most personal injury cases are in some part based on negligence, it’s important to note that premises liability cases are no exception to this rule.

On the surface, a lot of the defendants in question didn’t appear to be doing anything wrong. But the fact that they failed to ensure the safety of their premises in some way is why they’re in question for a premises liability case.

The following cases show a wide range of situations and locations where slip and fall accidents and premises liability can happen. Whether it’s a bar, a shopping mall, or an apartment complex, there are many different possibilities for these types of accidents.

So without further ado, here are a couple examples of premise liability cases that have happened, and what resulted in litigation.

The situation: Reanna Hendrick was a patron of the bar Famous Sam’s. She was pole-dancing at a sports bar and was injured.

Famous Sam’s constructed two special stages for a “Ladies Night” promotion, including a ten-foot-long dancer pole in the middle of one.

Reanna was spinning on the pole, when it came loose, broke, and fell away from the ceiling. Reanna crashed to the floor. She tried to hold onto the jagged top, which then sliced the top of her ring finger. Besides that, she suffered many severe injuries to her left side and shoulder when her body hit the floor.

The background information: Reanna Hendrick should have known about the dangers involved in pole-dancing, but the owners of the bar may still be held liable if the pole was not installed correctly.

The verdict: The equipment was installed by the bar and Hendrick was not aware of the “improper assembly” of the pole. Even though she was intoxicated, she was able to recover damages for negligent assembly and construction, especially because the owners failed to obtain a permit to build the stage and pole.

The situation: Valerie Morris slipped and fell while dancing atop a bar counter, allegedly on something wet.

The verdict: The doctrine of primary assumption of risk supposedly applies to all leisure activities, including dancing. Regarding the water, Morris testified that she had knowledge of the fact that “things get spilled” on bar counters. The judge threw out the case.

The situation: A six-year-old boy’s thumb was severed when he fell into a pump motor. He was playing near the unprotected pool pump house of an apartment complex.

The verdict: The victim won the settlement, as the landlord was found guilty of failing to maintain and secure the pump house.

The situation: A gas station had been experiencing criminal activity. A situation happened after another recent criminal situation. A 23-year-old woman as getting gas at this station when she was struck and run over, twice, by a man trying to flee the scene of a criminal altercation happening at the same time, at the gas station.

The verdict: The gas station owners were found liable, because they hadn’t changed anything to provide adequate security for their patrons even after already having experienced criminal activities at the station in the past.

The situation: A 38-year-old woman was at a shopping center where she slipped and fell on a melted Slurpy. The plaintiff sustained a disc injury.

The verdict: Negligent supervision was proved when the plaintiff conducted a video of the melting of an identical Slurpy to show how long it would take to melt in the exact state when the plaintiff fell, which proved constructive knowledge.

What do you think of these cases? Was justice served? Let us know your thoughts in the comments!

Do you think you may have a case for premises liability? Give “Attorney Big Al” a call at 1-800-HURT-123 for a free consultation, or visit him online at http://hurt123.com/ to learn more! 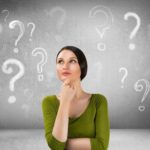 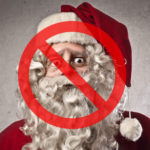