How To Prevent Summer Road Rage

How To Prevent Summer Road Rage

30 years ago, the term “road rage” was coined after a particularly violent season of highway hostility incidents startled the California community and threw the media into a frenzy. Road rage as we know it has existed as long as we have driven cars, but the term itself is relatively new.

Unfortunately, road rage is a common feature on America’s highways, and 80% of people report experiencing aggression while driving. If you want to avoid the rising tide of road rage incidents, there are a number of steps you can take that will keep you safe on the streets.

Keep your windows up

If you’re in a tense driving situation, consider raising your windows to avoid any verbal confrontations. If an aggressive driver knows you can hear them, they may escalate their anger into a dangerous confrontation. This also eliminates the risk of having an object thrown into your vehicle.

If a driver is being aggressive, maintain your focus on the road ahead of you and don’t look at the driver. Feeding their anger with eye contact can make the situation worse, so keep your eyes on the road and don’t acknowledge their inappropriate behavior.

Move over if you’re being tailgated

If someone is driving too close to your vehicle, they’re endangering you as well as themselves. Take the high ground and give way to the car, letting them pass you. It’s not worth the risk to hold your position.

If you’ve made a mistake driving, a friendly wave of the hand serves to neutralize a lot of angry feelings. Acknowledging your mistake and apologizing for it can calm upset feelings if the driver sees that you recognize your mistake and regret it.

Use your horn sparingly

Unless someone is immediately endangering you, try and avoid honking. Your horn is a powerful tool for letting other vehicles know where you are, but it shouldn’t be a way to express anger. Startling other cars around you is dangerous, and it’s a good way to escalate road rage.

Think of your horn as a way to say, “watch out!” rather than “hey, you jerk!”

Use caution when merging

Merging onto a highway is a common situation where other cars feel slighted or angry, causing road rage. The combination of traffic and a tight space to merge properly can create a lot of angry feelings, so be extra careful not to cut others off when merging.

Glare from the sun can make it hard to see the road, leading to mistakes such as cutting people off or not letting someone merge. You might not have meant to do it or even have seen the other vehicle, but a pair of sunglasses could have prevented the oversight. Always keep a pair or two in your car.

Finally, keep your cool. Whether you feel road rage or you’re the victim of it, take deep breaths and focus on driving. Don’t let others make you lose your concentration on the road 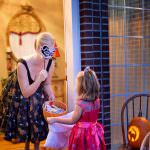