From Snapchat to Pokemon Go Should App Developers Enhance Safety When Driving?

It’s no secret that distracted driving is one of the newest and most dangerous challenges facing drivers today.

Smart phones have made the world much smaller and more connected, but they also give drivers a million reasons to look away from the road. Despite the exciting advances that make technology possible, we must also acknowledge the dangers that the world of driving and using smartphones encourages.

Accepting this reality, many smart phone app developers have created car-modes that enhance the safety of drivers who use their apps on the road

It seems that nearly everyone uses their smart phones in some capacity while driving, whether safely or not. We use maps to find our way, we play music or audiobooks, and sometimes we even text while driving. All these activities are dangerous, so certain apps have evolved to adapt to our use of smartphones and the necessity of driving to make driving with apps a little safer.

From the voice navigation tools on map applications to functions that block the use of certain apps entirely while the car is moving. For example, Snapchat and Pokemon Go both alert smartphone users not to drive distracted if the apps sense a speed above the average walking speed.  Audible, one of the most popular audiobook providers, added in a car mode to their app that gives drivers only basic uses of the app in large, easy to see buttons to reduce the time drivers are looking away from the road.

That said, many people think that these services aren’t enough

Cell phone blocking apps that disable cell phone use almost entirely while driving are popular with chronic texters, as well as with parents of teenagers to prevent distracted driving. Apps offer features like auto replies that let anyone who texts you know that you’ll reply when you arrive at your destination.

Ultimately, the burden of driving safely rests with the driver

Apps are a great way to add organization and convenience to our daily lives, but they’re not designed to be used in combination with driving a car. If you feel the need to use certain apps while driving, definitely take advantage of the programs available to make it a little safer.

Driving modes and safety modes are certainly a good way to reduce dangers, and app developers who include this functionality in their apps have the safety of our highways on their minds, but ultimately no car-safe mode in any app is as safe as not driving distracted in the first place.

An average of nine people dies every day due to distracted driving. Don’t become part of that statistic! Use care when driving and never drive distracted. 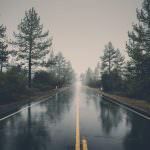 11 Ways To Prevent Accidents In The RainPersonal Injury Assistance 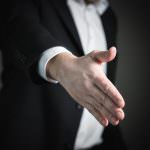