Why Is Texting and Driving Dangerous?

I’m sure you’ve seen the public service announcements. Someone is goofing off in their car and responding to a text from a friend while behind the wheel.

In a split second, the unthinkable happens. An accident unfolds as you hear a loud honk, a crunch as cars collide, and your worst fears are confirmed – the driver, and probably their passenger, are dead.

Or maybe they hit an innocent pedestrian who’s severely injured – or worse!

It goes without saying that texting while driving in dangerous, but how much do you know about why it’s dangerous?

Let’s take a look at the specifics.

First, let’s consider the age group most likely to be texting while driving – teenagers.

Teenagers are already the most inexperienced group of drivers. There are reasons why several states limit the amount of passengers they can have in their cars after teenagers first get their licenses… and it’s because teenagers get distracted easily!

Besides that, you should factor in loud music, trash on the ground, windows open, hair whipping around… you get the picture. There’s also a loose grasp of rules as you get to know the lay of the land. All of these factors combined create a very volatile situation.

Then consider everyone else. Who doesn’t have a mobile phone these days? Whether it’s a flip phone or smartphone, a large percentage of the population of the United States has a mobile phone – or two!

And we use our phones for everything – talking, texting, surfing the internet, Shazam-ing music on the radio, writing down notes, using a GPS… I could go on forever.

In all honestly, it’s not just texting that’s the problem – it’s all nonessential phone usage while driving. Then again, it could all be argued as nonessential.

There are so many distraction possibilities a mobile phone presents – no age group is immune.

Some people just think they’re invincible. They think it’s possible to multitask – using their phone while driving without any negative side effects.

It’s been found that people drive more erratically when they’re driving and texting than when drinking and driving – what a terrifying and chilling statistic!

Would you say you’re addicted to your phone?

That it’s hard to keep yourself from constantly checking it?

This factors into the texting and driving problem in a big way. Intellectually, people know it’s wrong, but psychologically, they’re caught up in their habits.

Just how bad is this problem? Let’s look at some numbers from the Federal Communications Commission:

You can’t argue with facts, and keep in mind these reported numbers are current as of 2012. How many more mobile phones have been activated and how many new teen drivers are on the road since then?

The best way to prevent these awful accidents is to not use your phone in the car. Seems like a no-brainer, right?

If you’re a parent to a teenager, remind them of the dangers of texting while driving and warn of a strict punishment if they are caught disobeying.

Ultimately, the best way to change behavior is to lead by example. Don’t use a mobile phone while driving. If you need to use GPS features or absolutely must take a call, purchase hands-free accessories for minimal driving interference.

Sometimes prevention is not enough. What should you do if you get in an accident where texting and driving are involved? What happens if you or anyone else involved sustains an injury? What are your options under the law?

If the worst happens, you’ll want to consult with a personal injury lawyer like your local “Attorney Big Al”. The “Attorney Big Al” in your area can help you understand the law and will help you to the full extent of the law.

Your local “Attorney Big Al” can be easily reached by phone for a free consultation at 1-800-HURT-123 and can provide you with sound legal advice for your region.

WHO IS YOUR LOCAL “ATTORNEY BIG AL” TO INSURANCE COMPANIES?Personal Injury Assistance 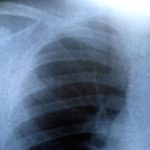 Why Seek Medical Treatment After an AccidentPersonal Injury Assistance