It can seem daunting for the little guy to take on a major corporation, but if you’ve experienced a vehicle accident, nursing home abuse, wrongful death, medical malpractice, work-related injury, premise liability, or traumatic brain injury, you deserve justice! Don’t let the size of an organization deter you. Here are cases where large corporations and personalities faced consequences.

Probably the most famous personal injury case of all time, this case was widely misreported in the media to place blame on the victim. Stella Liebeck, an elderly woman, bought a coffee at the drive-thru of a local McDonald’s and spilled the liquid in her lap. The coffee was so hot that she had third-degree burns on her upper thighs and groin. McDonald’s, sure they would win the case, opted not to settle. When the case went to court, the judge awarded Liebeck $200,000 in damages, which went on to increase to an incredible $2.7 million in punitive damages.

When Gladys Escola went to grab a glass bottle of Coke from her fridge, one of the bottles exploded. Her hands were severely injured, with damaged blood vessels and severed muscles in her hand making it difficult for her to work. She sued the drink-maker with a personal injury lawyer and the court ruled in her favor.

A New York City claims examiner filed a negligence case against a real estate company when a doorknob on the stall of a bathroom cubicle severely injured his thumb. He needed surgery to repair the damage and was unable to work for half a year. The courts sided with him, and he was awarded three million in damages with a further $750,000 in damages awarded to his wife.

The lead singer of rock band Poison sued CBS after he experienced an injury during the 2009 Tony Awards. He claimed he was not properly instructed on how to exit the stage, which resulted in him receiving a blow to the head by a moving set piece.  Michaels suffered a traumatic brain injury and a broken nose, and the courts ruled in his favor during the trial. The judge awarded him an undisclosed sum in damages.

Television and radio personality Dr. Phil (Phil McGraw) and his wife were sued by skin-specialist Janet Harris after the McGraw family’s dog bit Harris during a visit. The couple reportedly urged Harris not to seek medical attention due to concerns about negative press. After avoiding treatment, Harris developed a bacterial infection that resulted in a loss of hearing and tremors in her hands, which forced her to close her business. Harris filed a seven-million-dollar lawsuit against the McGraws, and the case was settled out of court.

Singer Gloria Estefan suffered a broken back after a tractor-trailer jackknifed into their tour bus. As a result, Estefan could not tour for a year, had to re-learn how to walk, and experienced mental and physical distress. They sued the tractor-trailer company, and a court found the corporation was liable for the incident. The couple was awarded $8.95 million in damages. 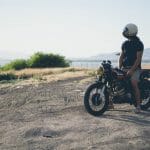